Remixing the recipe for success 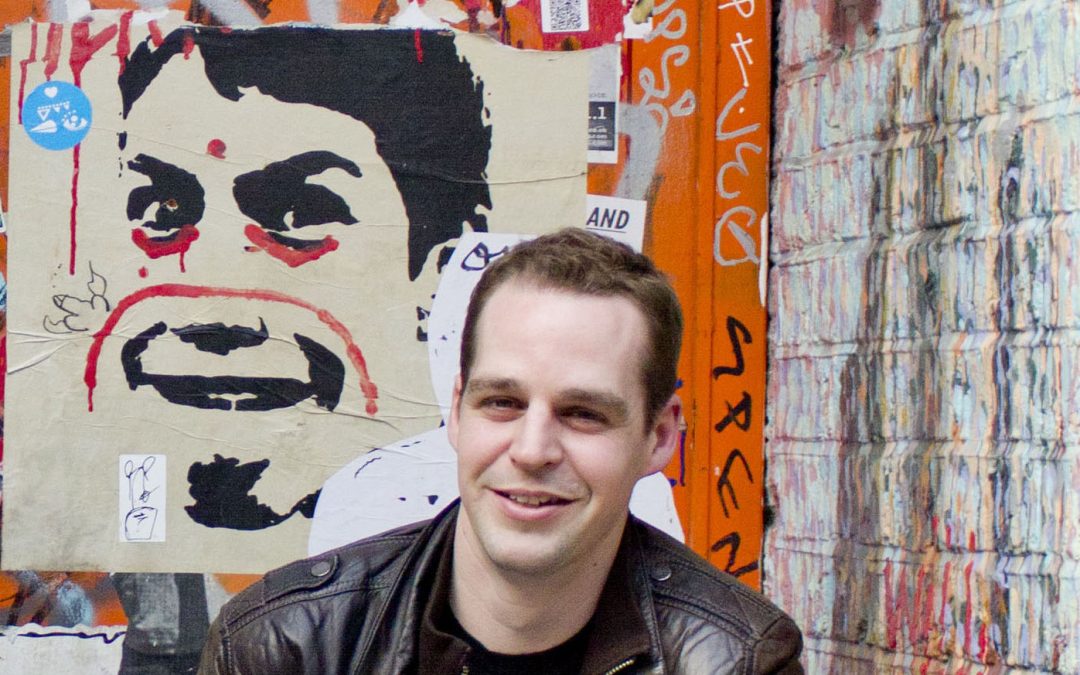 REMIX Sydney kicks off at UTS on April 11. In hosting this year’s summit, UTS seeks to bring together pioneers from different industries to the Ultimo precinct around campus explore the future of creative industries, creative cities and the creative economies. Here, REMIX co-founder, author and creative entrepreneur Peter Tullin tells the story of REMIX’s rise to become a truly global event.​​​​​​​

Seven years ago, Peter Tullin and Simon Cronshaw wanted to start a conversation. Together, they’d co-founded CultureLabel.com, a retail website where customers could purchase limited-edition art from some of the world’s biggest cultural institutions. As startup founders in constant contact with the creative industries, it wasn’t long before they saw an opportunity to bring the two worlds together.

“We started surfacing the idea of, what if we created a space or event where if you’re at the National Gallery or Tate you could have a conversation with some of the leading start-ups in the UK?” Tullin says.

“We found there was a great appetite on the side of the cultural organisations, who realised that strategies around things like marketing were changing, and with the startups and those other innovation organisations, it was, ‘Yeah, sure, of course I’d love to be involved.’”

That idea eventually became a book, also called REMIX, which was focused on trend-scouting in the cultural and creative industries. In 2012, the REMIX event was launched, and with it, an annual global conversation about creative industries, creative cities and the creative economy.

Tullin believes that REMIX’s success is – in part – because it responded to a market gap that no one else had filled.

“If you believe that culture and the creative industries are vitally important to any society, then actually there’s a real opportunity about putting different types of creatives in the same room,” he says.

From niche to growing with the product

Today, REMIX spans five years, six countries and engages thousands of participants around the world – but taking the leap from London to the world meant making some big changes.

In the early days, being part of London’s creative innovation ecosystem meant that Tullin and his team had already established extensive connections, both with their peers and with approximately 250 cultural institutions that were involved in the CultureLabel.com website.

Those connections, coupled with a first-hand view of what was happening in London’s cultural sector, were key to understanding what a prospective audience was likely to want in a creative entrepreneurship event.

“Even in a large city like London, you get to know your tribe and who are doing similar things to you. So, from a curation perspective, it was very easy, because we were working very much within this ecosystem – we were that ecosystem, so I think that’s where it started from,” Tullin says.

But as the event grew and expanded its reach, Tullin and his team had to start thinking about the creative ecosystem in a more global context. That meant researching global trends in the creative entrepreneurship space, expanding their talent-scouting processes beyond the UK and calling on their rapidly growing network of international contacts to help them identify standout people and organisations that were a match for the REMIX brand.

“The fact that we now operate in a number of cities like New York, Istanbul and Dubai puts us in a very privileged position to be able to look into those other creative ecosystems,” he says.

“It’s a lot of travelling and trend scouting research, but if we’re able to see what’s happening in a place like New York or Istanbul and share that in Sydney or Melbourne or Perth, then that’s adding value for participants.”

Telling more than one story

Every REMIX event boasts an impressive panel of speakers. This year at UTS, REMIX Sydney is attracting the likes of Suhair Khan, Program Manager for Google Arts and Culture; Robert Hammond, co-founder of New York’s High Line; Vince Kadlubek, Co-Founder & CEO of the critically acclaimed Meow Wolf; and Australia’s own Robbie Bramall, Director of Marketing and Communications for MONA.

REMIX attracts audiences comprised largely of entrepreneurially-minded creative professionals, seeking to learn from creative, tech and business experts who have a stake in the creative economy. Ensuring that speakers are a diverse representation of these fields of practice is one of the key balancing acts of putting the event together and is critical to the event’s success.

“We try to have this really cross-disciplinary approach to the speaker line-up, so you’re hearing from those people from different worlds,” Tullin says.

“To a certain extent, it just has to be a gut feel, and obviously the mix we want to get is incredibly varied, so that might range from, on the culture side, some of those bigger players, but also making sure that individual creatives and small and medium organisations are well represented as well.”

Beyond the question of discipline expertise, Tullin and his team are also committed to ensuring that the diversity of their audience is represented on stage. That means trying to create a gender balance among presenters, and to present stories and perspectives from a range of cultures, such as Indigenous Australia.

But pleasing all of the people all of the time is impossible – a fact that Tullin and his team made peace with a long time ago. Instead, Tullin says, he encourages event attendees to remain open to the idea that they might find gems of wisdom where they least expect.

“We often say at the start, ‘You’re going to get exposed to an awful lot of ideas and organisations, and not everything is necessarily going to be to do with your day job, but our speakers are representative of a particular trend that we think is going to be important, even if right now it’s not the most important thing in the room to you,” he says.